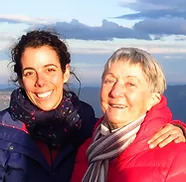 “Permaculture is always being asked for ‘evidence’ i.e. does it work? There are some cogent results but usually on an individual scale. Permaculture has long lacked a systematic body of comparative data.Without it, the case for permaculture as an alternative to industrialised agriculture, or being sufficiently productive, is weak.

Eunice Neves in her three year detailed study of ten ‘organic systems – eight permaculture and two without permaculture, provides the results and responses the permaculture movement requires to establish its claims.

As the world moves into greater chaos from global warming it is in dire need of flexible and responsive alternatives for living in general, and buffers against extremes. In all phases of human living, we lack models and information for this fast changing future.

Eunice, with her special mind and abilities, has already carried out a detailed study across two continents of a diverse range of permaculture sites and especially those which are long term, to establish the benefits and any problems of a permaculture design to living. We do not have time to rediscover ‘permaculture’ or its equivalent and we have the information already, being held by Eunice. She has meticulous records at a variety of levels and scale of considerable weight and importance to how we live now and also the next generation who requires such data and example (…)” 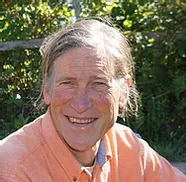 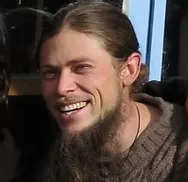 We use cookies on our website to give you the most relevant experience by remembering your preferences and repeat visits. By clicking “Accept All”, you consent to the use of ALL the cookies. However, you may visit "Cookie Settings" to provide a controlled consent.
Reject AllCookie SettingsAccept All
Cookie Settings

This website uses cookies to improve your experience while you navigate through the website. Out of these, the cookies that are categorized as necessary are stored on your browser as they are essential for the working of basic functionalities of the website. We also use third-party cookies that help us analyze and understand how you use this website. These cookies will be stored in your browser only with your consent. You also have the option to opt-out of these cookies. But opting out of some of these cookies may affect your browsing experience.
Necessary Always Enabled
Necessary cookies are absolutely essential for the website to function properly. These cookies ensure basic functionalities and security features of the website, anonymously.
Functional
Functional cookies help to perform certain functionalities like sharing the content of the website on social media platforms, collect feedbacks, and other third-party features.
Analytics
Analytical cookies are used to understand how visitors interact with the website. These cookies help provide information on metrics the number of visitors, bounce rate, traffic source, etc.
Advertisement
Advertisement cookies are used to provide visitors with relevant ads and marketing campaigns. These cookies track visitors across websites and collect information to provide customized ads.
SAVE & ACCEPT
Powered by